Previously abandoned; used as a meeting spot by the Task Force and SPK

None; owned by Near

Episode 35: Malice
The Yellow Box Warehouse is the location where Light Yagami and the Japanese Task Force meet face-to-face with Near and the SPK. It is also where Light dies in the manga and where Teru Mikami dies in the anime.

The warehouse is located on Daikoku Wharf in Yokohama.[1]

The warehouse is a large, empty room that looks as if it has been abandoned for a while. Boxes and oil drums stand along some of the walls. The bricks have a yellowish hue, and stairs lead to a catwalk roughly two stories high. The roof appears broken in places, with holes letting in light and rain. Small puddles of water dot the floor. A notable feature is that the warehouse has only one door, which is both the exit and entrance.

Near creates a plan to unite all members of the Task Force and SPK inside the warehouse. He expects that Light will have Mikami waiting outside the warehouse door to peek in and write the names of everyone except Kira in his Death Note, killing everyone who knows of the existence of the Death Notes other than themselves. However, Near is confident that no one will be killed by the notebook because Stephen Gevanni has switched Mikami's Death Note with a forged duplicate. Despite Light's preparations for the meeting, Near's plan succeeds, and Light is revealed to be Kira. In desperation, Light asks Ryuk to kill all the SPK members with his Death Note, but he writes Light's name instead, killing him.

In the anime, Mikami commits suicide using the pen he used for writing the names, creating a distraction and allowing Light to escape the warehouse. His injuries do not allow him to get far, however, and Ryuk kills Light in a different warehouse.

In the Death Note television drama, Light chases Mello into a warehouse where he faces off with Near. As in the manga, Mikami writes Near's name into a fake notebook, and Light ends up revealing himself as Kira. To help Light get away, Mikami starts a fire, but Light ends up caught in it and is burned along with the real Death Notes.

In Death Note: The Musical, the final confrontation between Light and L takes place in a warehouse. Light uses the Death Note to control L into meeting him there, where he reveals himself as Kira. After killing L and claiming victory, Ryuk says that he's grown bored and he writes Light's name in the Death Note.

In a Korean music video for the song "Playing His Game," the majority of the video takes place within a warehouse.

An image of the warehouse sent to Light by Near

The agents gathered watch Light bleed on the floor 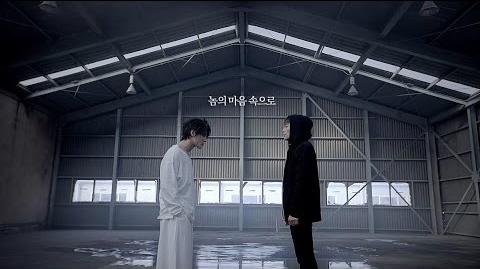