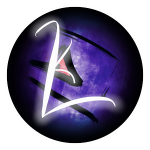 aka Just Cryptid is fine.

Goals for the wiki:

This is the natural progression of a franchise over time.

Retrieved from "https://deathnote.fandom.com/wiki/User:Cryptid_Coordinator?oldid=64927"
Community content is available under CC-BY-SA unless otherwise noted.