Othellonia (オセロニア) is a Japanese mobile strategy game. In September 2017, it had a Death Note collaboration event during which Death Note characters were available in the game.

Othellonia is a mobile game based on the board game Reversi. It is available on both Apple and Android devices.

Description of the gameplay:[1]

Othellonia is a black and white checkers game that features the "God," "Magic," and "Dragon" roles. This RPG game involves checker battles that is similar to the board game Reversi. Victory over others is achieved through skill and strategy. The special abilities of each character is what makes this game diverse and different from others.

In September 2017, Othellonia had a collaboration event with Death Note. The event was first announced in August 2017 with ads in Weekly Shonen Jump, and the main in-game event was held September 8th-20th.

During the event period, Death Note characters could be obtained in the game. Players could acquire Light Yagami, L, Misa Amane, Kiyomi Takada, Teru Mikami, Mello, Near, Watari, Sayu Yagami, Soichiro Yagami, Touta Matsuda, Kyosuke Higuchi, Hitoshi Demegawa, Ryuk, Rem, and Sidoh. L could be obtained as a login reward during the event. Most of the other characters were available through Gacha (in which a character was randomly selected). The shinigami Ryuk, Rem, and Sidoh were available as rewards at in-game Colosseum events.

The Colosseum battle area of the game had three Death Note events to play, one for each shinigami: Rem, Ryuk, and Sidou. In the Colosseum, players are set against other random players, and moves are timed. Winning in the Death Note Colosseum events could acquire additional cards of the shinigami characters.

The Solo Play battle area had four Death Note events to play: Light and Ryuk, Misa and Rem, Mello and Sidoh, and L. In Solo Play, players battle against a computer and moves are not timed. However, the computer's side starts with a noticeable advantage in the board setup. Winning in the Death Note Solo Play events could acquire specific limited evolution materials needed to evolve certain Death Note characters, such as apples, chocolate, and Death Notes.

The original anime series voice actors were recruited for their characters both in the game and for commercials.

Othellonia offered several features on its website dedicated to the collaboration. Users could take a quiz to be associated with, or "diagnosed" as, a character, and the results could be shared on social media such as Twitter. Freebies such as themed wallpapers were released throughout the event to encourage return visits.

This is a list of all of the Death Note character cards available in the game. There are thirty-two in total. 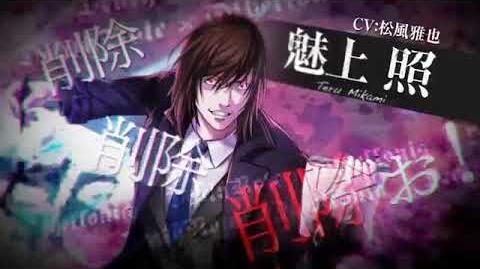 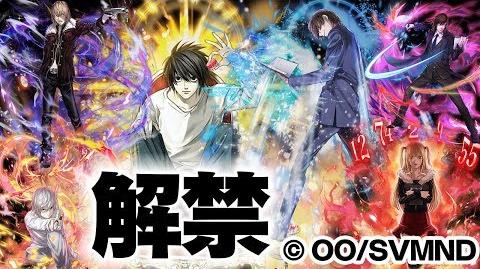 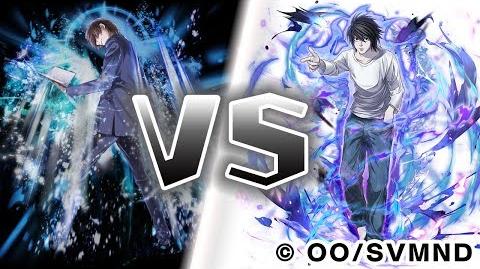 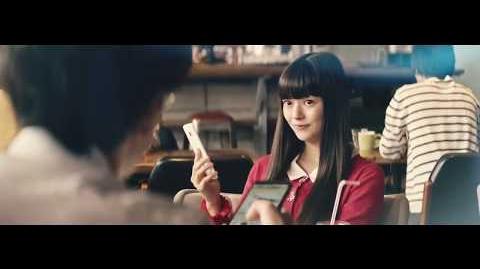 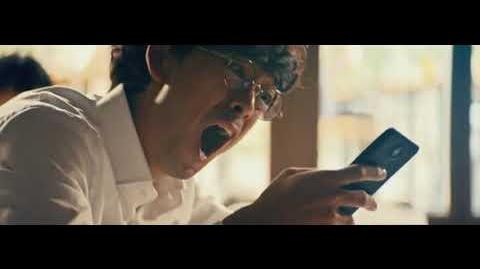 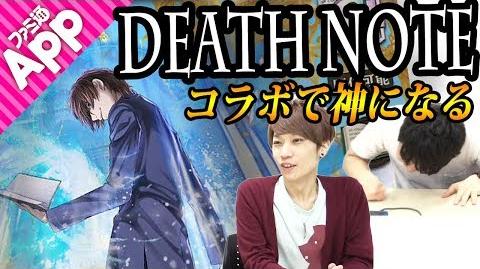 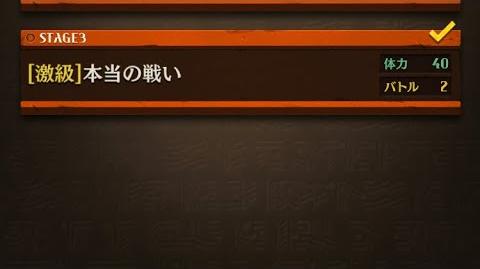 Gacha - Light
Add a photo to this gallery

Retrieved from "https://deathnote.fandom.com/wiki/Othellonia?oldid=66086"
Community content is available under CC-BY-SA unless otherwise noted.