A lifespan (寿命, jumyou) is the amount of time that an individual will live for. It also refers to the date (in Shinigami time) visible above a person's head with the Shinigami Eyes. When the date is reached, that person's lifespan is over and they will die a natural death (i.e. of old age or by aligning affliction).

With Shinigami Eyes, the lifespan of a human is visible as written numbers floating above the human's head, as well as the human's name.

Shinigami use Death Notes to kill humans so they can inherit the remaining lifespan from the human they killed. To know how many years they are taking, they need to be able to see the human's lifespan. Shinigami continue their existence by taking years from humans in this manner.

Unlike Shinigami, humans do not inherit other humans' lifespans after killing victims with a Death Note. However, they can inherit a Shinigami's remaining lifespan if the Shinigami sacrifices itself to save them. Rem and Gelus both did this to save Misa Amane, and Misa inherited their remaining lifespans.

A human can exchange half of their remaining lifespan in order to receive the power of having Shinigami Eyes. This is done by the human agreeing to the Shinigami Eye Deal.

Tsugumi Ohba says "I did create a complicated math equation for Light's Life span when the numbers first appeared above his head. But now I don't even remember the formula. Every other life span number after that was added by Obata-sensei. He chose some nice numbers." 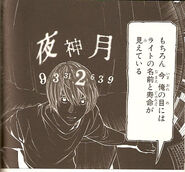 Sayu and Soichiro's lifespans, and Light's lack of a lifespan, seen by Misa

Uragami's name and lifespan, seen by Misa
Add a photo to this gallery

Near's name and lifespan, seen by Mikami
Add a photo to this gallery 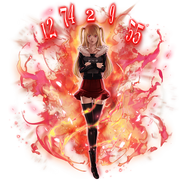 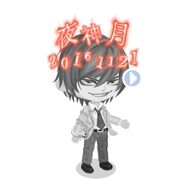 Light's lifespan in LINE Play (note that this is actually a date, Nov 21 2016, for the start of an event period)
Add a photo to this gallery

Retrieved from "https://deathnote.fandom.com/wiki/Lifespan?oldid=66895"
Community content is available under CC-BY-SA unless otherwise noted.