Death Note: New Generation (デスノート NEW GENERATION) is a three-episode web miniseries that is part of the Death Note live-action film series. It bridges the 10-year gap between the previous films and Death Note: Light Up the NEW World, focusing on the three new lead characters of the film.

The series was announced on August 9th, 2016, and it premiered streaming through Hulu Japan on September 16th.[1][2][3] It's scheduled to be released on DVD and Blu-ray on April 19, 2017 as part of the Complete Set of the Death Note: Light Up the NEW World film release.

The miniseries focuses on the three new lead characters of the film Death Note: Light Up the NEW World: Tsukuru Mishima, Ryuzaki, and Yuki Shien. Each episode provides backstory for one of the characters and bridges the 10-year gap between the previous films, which canonically took place in 2005-2006, and the new film taking place in 2016.

The first episode, "Rebirth," focuses on Tsukuru Mishima and how he came to join the Death Note Countermeasure Task Force, which continues to operate to look into deaths that might be caused by a Death Note. The new Task Force is led by Touta Matsuda and the new members are also featured, notably Sho Nanase. The title "Rebirth" is a reference to Kira's return.

The second episode, "Dying Wish," focuses on L's successor Ryuzaki. The story involves him looking into a case regarding a locked-room murder on request of J, another member of Wammy's House, with encouragement from Near. The new film character Sakura Aoi also appears in this episode. The title "Dying Wish" is a reference to a request from L to Ryuzaki before L's death ten years earlier.

The third episode, "Fanaticism," focuses on Yuki Shien. The story involves the trauma he carries from the murder of his family, why he became a cyber-terrorist, and why he follows in Kira's footsteps. It also features the character Taichi Amazawa, a reformed criminal who regrets his past, and the nature of crime and punishment. Ryuk briefly appears in the episode. The title "Fanaticism" is a reference to Shien's feelings toward the original Kira.

The series topped Hulu Japan's rankings for the month of September 2016.[4] Reviews have been favorable. 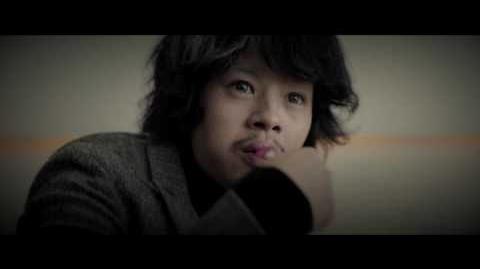