"Change the World", alternatively "If Possible", is a song in Death Note: The Musical.

It is the only song in the musical to not feature at all on the Death Note: The Musical Original Soundtrack.

When Light Yagami first finds the Death Note, this song begins. Light reads the instructions and thinks it's a joke, but when a newscaster announces that the criminal Kurou Otoharada has taken hostages at a kindergarten, Light writes down his name. Light sings to the Death Note itself, asking it to give him the power to enact justice if it's possible to do so. Otoharada's death is announced after the song ends. Light is horrified, which leads directly into the song Death Note.

The song is reprised after Light kills Haley Belle and the FBI agents, showing that Kira doesn't just target criminals. The Task Force must face the decision of whether or not to stay on the case despite the risk, and they perform this song, thinking of the family they would leave behind. At the end of the song, Hideki Ide leaves.

The song was originally written in English, but an English-language version has not been released. The original English title of the song is "Change the World".[1]

[Light]
It's gotta be a joke, of course
Some fed-up cop who left the force
Or some civilian psychopath
Whose righteous wrath may be the source

But what would happen if it's true?
Imagine all that I could do
For with such power, I could change
And rearrange the world anew

If there's the slightest chance it's true
I'll write his name, what else can I do?

[Aizawa]
What can I do? What can I say?
How can I go when I should stay?
I have a family I must face
How can I place them in harm's way?

[Ukita]
I have a family, just like you
But also Kira to pursue
I can't stop now and walk away
I've got to stay and see it through

[Ide]
Why should we make our families pay,
Risking all for some cliché,
'Stead of food upon the table?

[Mogi]
I have a daughter of my own
Who, although she's almost grown,
Is the reason I am staying

For, if not us, then who, I ask
Will be equal to the task
And will pay a price worth paying?

[Ukita]
So face to face, let's see it through

[Ide]
The choice is ours, you heard the boss

[Matsuda]
Go on and leave, it's no big loss!

[Ide]
Okay, I will, the choice is mine!
This fine a line I will not cross!

The Japanese version of the song is titled "Dekiru Mono Nara" (できるものなら), which translates as "If Possible", "If You Can", or "If I Could".

For the reprise, Aizawa and Matsuda's solos are all sung by Matsuda. 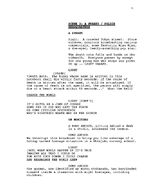 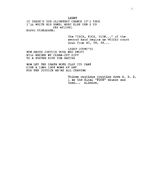 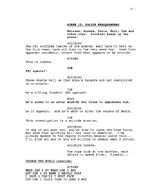 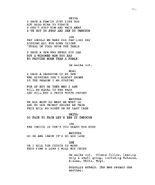 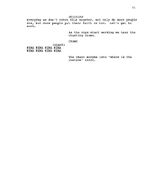