This page is for the manga volume. For the chapter, see Boredom (chapter).

Viz Media released a special Collector's Edition in English in 2008. It was hardcover with a dust jacket and featured color art and a larger trim size.

Light tests the boundaries of the Death Note's powers as L and the police begin to close in. Luckily Light's father is the head of the Japanese National Police Agency and leaves vital information about the case lying around the house. With access to his father's files, Light can keep one step ahead of the authorities. But who is the strange man following him, and how can Light guard against enemies whose names he doesn't know? 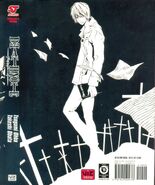 Collector's Edition spine and back (English only, Viz) 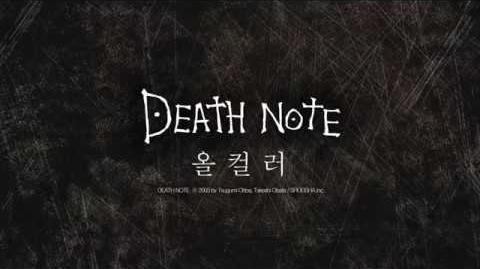 Korean all-color hardcover edition
Add a photo to this gallery

Retrieved from "https://deathnote.fandom.com/wiki/Boredom_(volume)?oldid=62756"
Community content is available under CC-BY-SA unless otherwise noted.